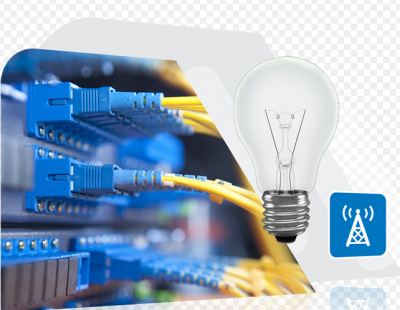 This report will analyse the universe of indices covered by Trendrating. It will assess the distribution of momentum ratings, summarize rating changes observed over the last month, validate the performance of issued ratings over various time periods and finally, will graphically show the timing of some issued positive and negative ratings.

Currently about 42% of Sectors, covered by Trendrating, have a positive momentum rating. Below, we will compare the performance of these positively rated sectors to their negatively rated counterparts.

Rating Changes over the last month 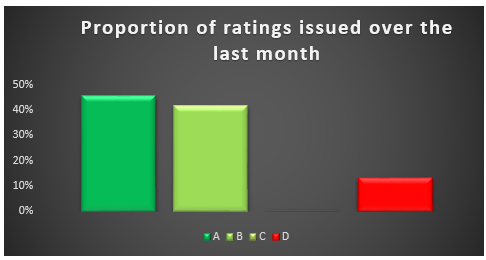 The chart above displays the proportion of ratings issued for Sectors over the last month. We see that about 87% of ratings were for Sectors moving into positive momentum. As markets started their recovery in late February, the Trendrating momentum model started issuing proportionally more upgrades than downgrades. This ability to quickly spot momentum changes is a key advantage of Trendrating over legacy momentum models. 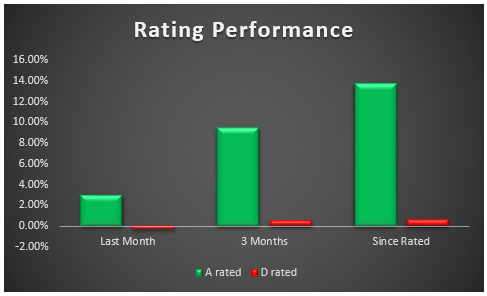 The chart above compares the average performance of A rated Sectors to those of D rated Sectors over one month, one quarter and on a “Since Rated” basis (performance since the most recent rating). We find that A rated Sectors have outperformed their D rated counterparts over all time periods with particularly significant outperformance observed on a Since Rated basis. This is again good evidence of a model that quickly and accurately captures changes in momentum.

The table above presents the three-month performance of a sample Sectors that have been positively and negatively rated for at least three months. We see that Telecommunications, Automobiles and Utilities have generally performed well while Banks and Financials have lagged.