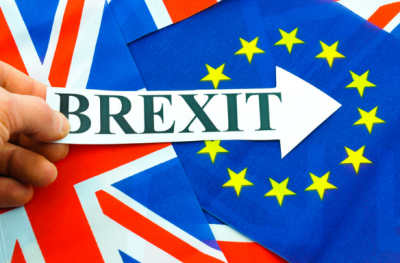 What a wild ride it has been in equity markets so far this year. Recently, the British public voted to leave the European Union. This was a shock to markets as the remain camp appeared to have a slight lead in polls. Consequently markets sold off on June 24 when results were announced.
Smart Momentum analytics, as supplied by Trendrating, detects changes in momentum quickly and reliably, helping investors limit downside capture and protect profits in down markets while presenting positive momentum opportunities not to be missed by the discerning investor. As markets become more and more disconnected with fundamentals and driven by liquidity flows and sentiment, investors need a smart momentum model to filter through market noise to the true, underlying trend.
A week  after BREXIT, we will look at the effect BREXIT has had on a few sectors and regions.
Sector Analysis:
Earlier this year, we released reports focusing on Mining  and Banking stocks. In those reports, we highlighted the fact that mining stocks were being upgraded and out-performing the general markets while banking stocks, particularly European banks were in negative momentum and under-performing. BREXIT has confirmed this trend.

The table above displays the returns to sectors of interest for the last week. After a steep fall on June 24 and June 27, most sectors experienced a recovery on the following trading days. Mining stocks, particularly gold miners, bucked this trend as investors, seeking safety, piled in. Consequently a week after after BREXIT, this sector is up about  9%. European Banks on the other hand fell very steeply on the BREXIT news and only experienced a mild recovery. After four trading days, this sector is down 16.8%
Regional Analysis:

When we look at regions, we see another interesting picture. The United Kingdom (represented by the FTSE 100 index) is now up since the BREXIT vote! It is also the best performing region on the table. Emerging Markets and the United States  are nursing relatively small losses. Developed Europe, the most downgraded region by Trendrating over the last month, has fared worst.
To conclude, BREXIT appears to have caused  just a short  term shock to equity markets. So far it’s effect has been to accelerate existing trends. Perhaps:

Trendrating’s Smart Momentum Model reacts quickly yet has been correct to leave ratings mostly unchanged to this point.  It will continue to point investors to pertinent developing trends as they happen. So watch this space!
Below are some example charts showing timing of most recent ratings.
Global Mining Stock Examples

APPENDIX:
Please see below for more information on the universes we used for our analysis: