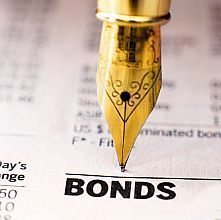 Bridgewater Associates founder Ray Dalio has joined veteran bond manager Bill Gross in predicting a major bear market for bonds. In an interview at Davos, Dalio warned that a rise in bond yields could lead to the biggest crisis in fixed income markets in almost 40 years.
If you recall, a couple of weeks ago both Bill Gross and Jeff Gundlach, two of the most famous bond fund managers, spoke of the prospect of a bond bear market coming. And Bill Gross refined his call by writing how the bond bear had actually begun post-Brexit.
Whether you invest in Fixed Income or not, the point here is that Trendrating began issuing dozens of downgrades to “C” and “D” as far back as last June, picking up steam at the start of Q4.
This bull run in equities will not last forever. Do you have objective technology based research to help you spot a reversal before it’s too late?
Download the Trendrating Report